Incarceration of a loved one is psychologically and physically traumatic.

The incarceration of a loved one leads to depression, anxiety, anger, stress, and loneliness. Eighty-six percent of women responding to our survey reported that the strain on their emotional and mental health is significant or extreme. That number jumps to 94% for women whose partners are incarcerated.

Almost 90% of women we surveyed who are formerly incarcerated have experienced violence or danger to their physical safety.

Women are the linchpins in communities.

Nearly 70% of women are their family’s only wage earner.

More than half the women (56%) have children or childcare responsibilities. In focus groups, women described taking over care-taking responsibilities for their incarcerated loved one’s children.

Thirty-five percent of women experience homelessness, eviction, or the inability to pay rent or mortgage on time as a result.

A third (32%) of women lose their household’s primary source of income when their loved one is taken away.

Bail depletes women’s earnings—and many are unable to pay it at all. More than half (54%) of women are unable to afford the bail set for an incarcerated loved one. The remaining half (45%) have paid a loved one’s bail. Fifty percent of women who have ever owed money to a bail bonds agency have faced housing insecurity.

Many women sacrifice their educational and career goals when a loved one is imprisoned. Our research found that 43% of women are forced to work more hours, get a different job, or turn down an educational opportunity as a result of their loved one’s incarceration.

Almost a quarter of the women who responded to our survey (24%) have been incarcerated in jail, prison, or a detention center. Over a third of Essie Justice Group’s membership in California are formerly incarcerated women.

Women are isolated when a loved one is incarcerated.

Using a standardized 6-point scale to measure social and emotional loneliness, more women received the highest score possible than any other score—meaning that women with incarcerated loved ones are extremely isolated.

Over half (57%) of women have been separated from at least two loved ones through incarceration at the same time. About 7% of women reported that they have had more than ten of their loved ones incarcerated throughout their life.

The findings in this report are based on

Completed surveys from women with incarcerated loved ones*

of women identified as “women”

of women identify as white

as API, Indigenous, Arab/Middle Eastern, or “other” 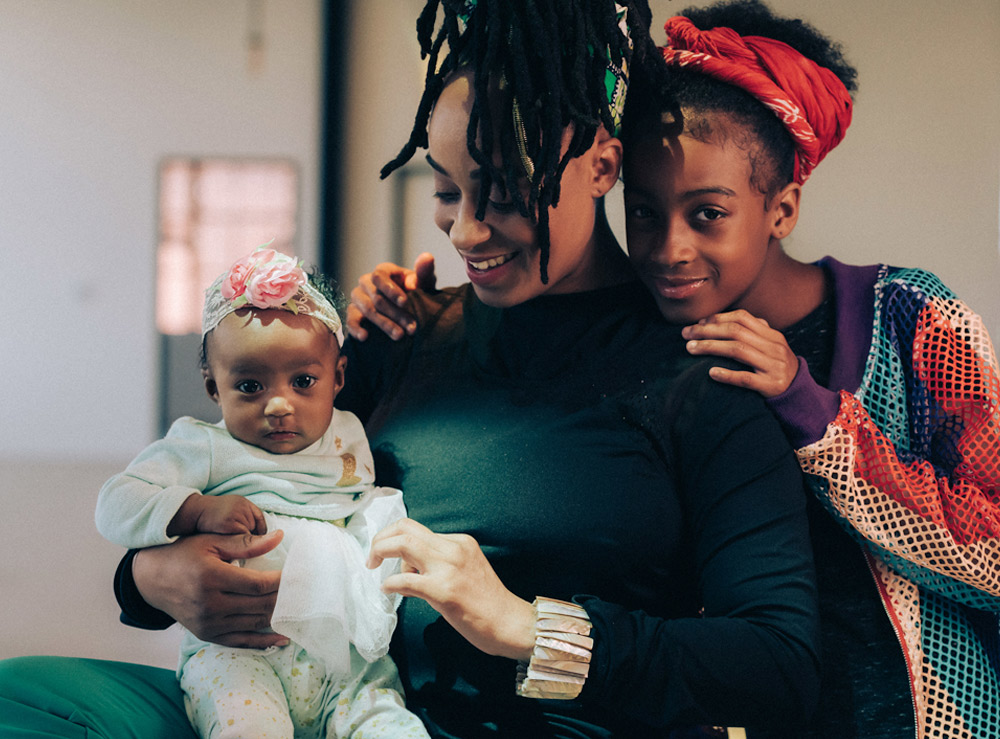 ***The women who responded to our survey represent an overwhelmingly cisgender* and heterosexual demographic. We do not believe that this is representative of women with incarcerated loved ones. We know, from our experiences and the experiences of our friends, families, and communities, that many women identify simply as women, regardless of sex assigned at birth. Furthermore, we know that our research design and outreach process impacted who knew about and had access to our survey. Our research process was far from fully accessible to transgender, genderqueer, and gender non-conforming people. In partnership with the Transgender, Gender Variant, and Intersex Justice Group in San Francisco, we held one focus group with women who identify along the spectrum of gender.We include many of the analyses from women in that group in this report. And still, we know that the work of gender, race, and criminal justice movements needs to center—and not just consider—the impact of incarceration on transgender, genderqueer, and gender non-conforming people.

Twelve percent of women who responded to our survey identified as either “lesbian,” “gay,” “bisexual,” or “queer.” The vast majority, 87%, identified as “straight.” Incarceration impacts women who are queer, lesbian, gay, and bisexual in specific ways—from increased barriers to visiting a loved one due to homophobia or laws that limit contact to legally recognized kin. These harms are not adequately addressed in our analysis. Though this report is a first step towards addressing the full extent of mass incarceration as a system of gendered oppression, without understanding the ways in which incarceration is operating to control women who are marginalized by heteronormative conventions and stereotypes, we will not understand how incarceration harms women.

While our research was substantially led and informed by Latinx women, our report does not center the ways in which incarceration operates as a continuation of the colonialism, imperialism, and genocide enacted upon Latinx, API, Middle Eastern, Arab, and Indigenous communities.

back: Home next: The Report

Thank you for subscribing to our newsletter